Welcome to the Franklin County, Ohio collaboration article. This is where you, the user, may index any articles you develop for scanning related topics for your area.

Dublin (Washington Twp. Fire), Hilliard (Norwich Twp. Fire), City of Upper Arlington, and the City of Worthington, all suburbs of Columbus, are located in northwestern Franklin County, and operate with Delaware County as part of the Central Ohio Interoperable Radio System.

THE Ohio State University uses MARCS-IP for police, hospital security, and most other operations on campus.

Any disposition code followed by the letter "V" indicates that the incident was recorded on video.

Note: These codes are used in Franklin County and most of Central Ohio. Some agencies in Central Ohio make occasional use of the BSSA Sheriffs codes, although this is slowly being discontinued in favor of Incident Command System and NFPA recommendations for plain language.

This list prevents orphan pages. Please do not delete it. 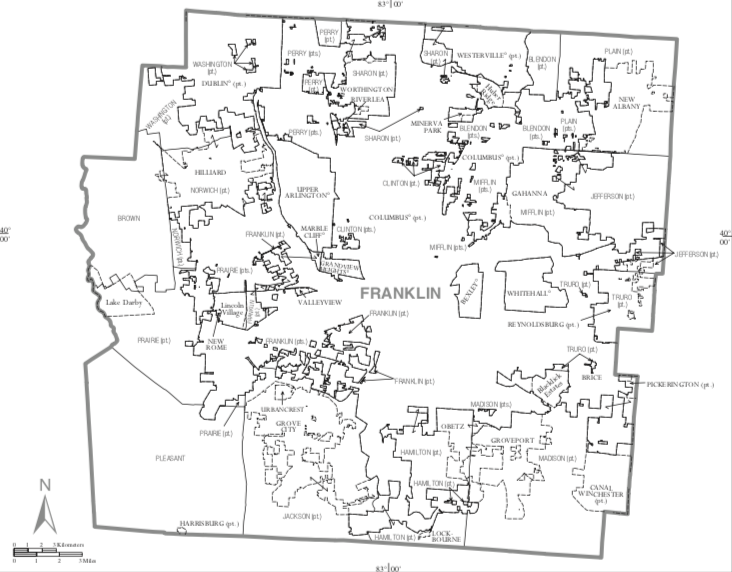