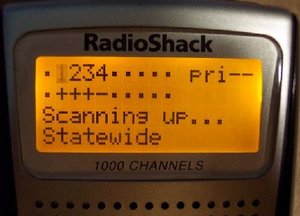 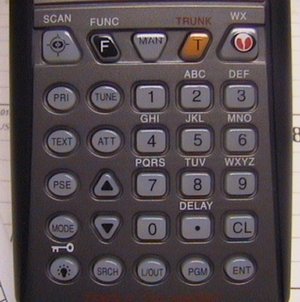 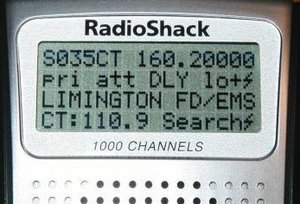 High-performance, extended-coverage scanner has the ability to scan both trunked and conventional channels at the same time. Program up to 1,000 frequencies in 10 banks of 10. This allows you to organize frequencies for easier access. For example, race frequencies in Bank 1, police/fire/emergency in Bank 2, etc. Triple-trunking lets you follow a signal in virtually any market that uses an analog trunking system. Most major metropolitan areas utilize trunked systems. Signal Stalker II searches for nearby frequency transmissions and lets you hear a nearby radio without knowing its frequency. Skywarn lets you hear local trained severe weather observers calling in their reports. Hear severe weather 3-4 minutes before it is rebroadcast on NOAA weather radio frequencies and 4-10 minutes before you'd get the same warning on local radio or TV. Built-in search for Police/Fire, Air, CB, Ham Radio, FRS, GMRS and more.

program. We consult with industry experts regularly and are keeping a close eye on the progress of the entire rebanding effort. Since complete details of the rebanding protocol are not yet available it is now obvious that no one can confirm for certain that any scanner can be updated or adapted after rebanding. Once the first fully rebanded systems are activated we will be in a much better position to assess the impact on our 800 MHz scanning receivers.

new bandplan for Motorola systems that are currently operating with some or all of their system channels between 866-869 MHz. These frequencies will be relocated 15 MHz down to 851-854 MHz, which requires a new 800 MHz trunking bandplan in Motorola trunked radio systems. That bandplan will not be known until Motorola installs their first few systems and we get a chance to see what they are doing. The 800 MHz trunking bandplan is hard coded into the radio's firmware, and cannot be changed by the end user.