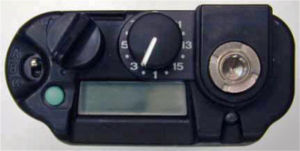 The Motorola SSE5000 is a custom (SP) product that was manufactured specifically for the New York Police Department. It is available only in a high-split UHF (450-512MHz) model. It is essentially an XTS5000 built into an Astro Saber case. It is a very unique radio in that it has a top display, which is unique from the Saber lineup which only offers a front display on its models.

The radio uses the Astro 25 line of CPS for programming which is the same software the XTS5000 and XTS2500 series radios use. To date, nobody has successfully been able to modify these radios for anything other than the original band-split, or at least aren't talking about it if they've been able to.