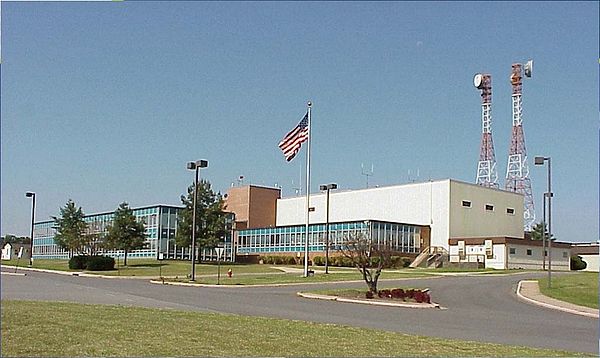 The Washington ARTCC (ZDC) was originally established on April 1, 1937, at Washington Hoover Airport which is the current location of the Pentagon. The facility later moved operations to Hanger 6 at Washington National Airport. The current facility, located in the historic town of Leesburg, Virginia, opened on April 28, 1963. It was constructed on land donated by the citizens of Loudoun County.

ZDC is one of 21 FAA ARTCC's in the United States and is the third busiest en route center in the nation. The facility handles more than 1.6 million aircraft every 6 months. On March 24, 2005 ZDC observed a record 10,682 daily operations.

and above portions of:

ZDC is the busiest en route facility in the nation in regards to military operations. Many military installations, as well as Washington, D.C., the Pentagon, and Andrews Air Force Base are all under the jurisdiction of ZDC.

Washington Center is divided into 47 sectors that are organized into 7 areas of specialization. These 47 sectors consist of ultra high altitude, high altitude, intermediate altitude, and low altitude sectors. Due to the type and volume of traffic worked at ZDC, many of these sectors are further stratified and contain numerous shelves. ZDC's airspace is highly complex and transitions aircraft into and out of 11 of the nation's 50 busiest airports.