(Redirected from Department of Crime Control and Public Safety (NC))

On Low Band VHF, NCSHP cars and base stations transmit on different frequencies. The base stations transmit on the even channels, car-to-base is on the odd channels and car-to-car is on even. Troop Communication Centers in Troop A Williamston, Troop D Greensboro, and Troop G Asheville have been shut down. Troops A,C, and D are now covered by Raleigh. Troops F and G are covered by Newton. 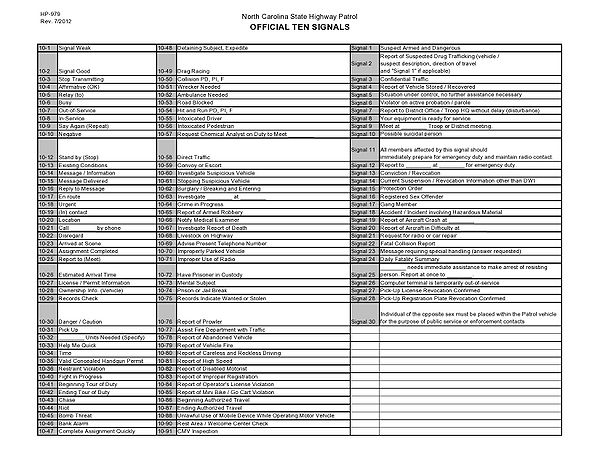 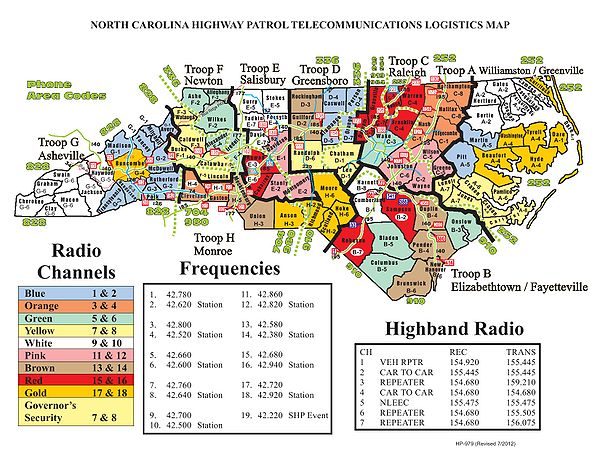