In the past decade, air medical transport companies have rapidly expanded their coverage of SC, providing an important resource for critically ill patients. There are currently 4 level I trauma centers in SC: Palmetto Richland in Columbia, Greenville Memorial Hospital in Greenville, Spartanburg Regional in Spartanburg, and MUSC in Charleston. Level II trauma centers include AnMed in Anderson and Grand Strand Regional in Myrtle Beach. Additionally, patients in areas bordering other states may be transported by helicopter to trauma centers outside the state including MCG in Augusta, GA, Carolinas Medical Center in Charlotte, NC, Memorial Medical Center in Savannah, GA and New Hanover Regional Medical Center in Wilmington, NC. The medical helicopters are owned and operated by private companies, many of which have contracts with specific hospitals. 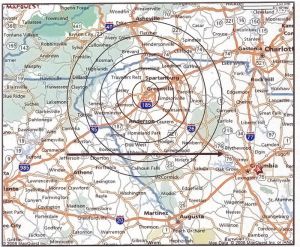 The above 3 helicopters are owned by MedTrans corporation and are coordinated on Palmetto 800 digital talkgroup 51704.