Exceptions exist for areas that are part of the City of Aurora which operates on Aurora and special cases dealing with agencies on Denver. 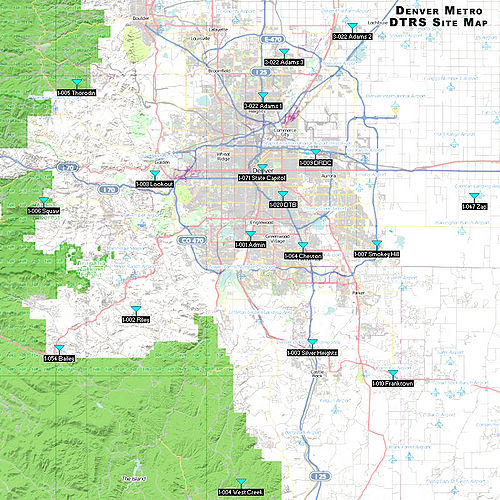 A majority of the law enforcement agencies in Arapahoe County use Colorado DTRS for all operations, the exception being Aurora Police Department. Several agencies run communications independently while the remainder utilize services provided by the County. All local and county law enforcement in Arapahoe County are encrypted and cannot be monitored.

Sheridan Police Department dispatch is encrypted and cannot be monitored. 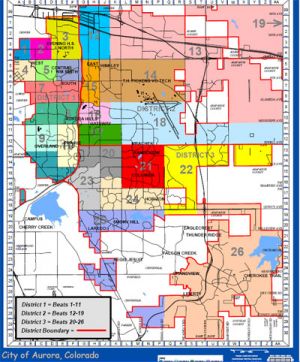 If the needed unit is in quarters at the station, dispatch will be aired on the VocAlarm (154.070 MHz/Denver TG 35426). The dispatch information is commonly repeated on Channel 1 (Denver TG 35426) after the unit goes en route to the scene which is encrypted and cannot be monitored. If the unit is out and on the air, then the call will typically be aired on Channel 1 and may not be heard on the VocAlarm. Channel 1 can sometimes be heard patched to the VHF VocAlarm (154.070 MHz) only, but all station dispatches are prioritized and will override the Channel 1 patched audio.

For the City of Englewood, Denver Health Paramedic Division operates in a differently than their normal operations. Denver Health stations ambulances within the Englewood based Denver Fire Stations 37 and 38 which will only respond to calls within Englewood. Ambulance 837 is stationed in Station 37 and Ambulance 838 is stationed in Station 38. These ambulances do not routinely monitor Amb Ops until they are requested to switch by dispatch. Ambulance 837 is requested on ETAC 7 (Denver TG 35603) and Ambulance 838 is requested on ETAC 8 (Denver TG 35604). Both switch over to AM Ops for dispatch and respond on ETAC 1.