Please do not edit this review. It is the authors own views and opinions.

The Uniden BC246T broke the mold when it hit the market! Brand new memory design and features not found on previous scanner models. I was lucky enough to get my hands on one very early in the release. 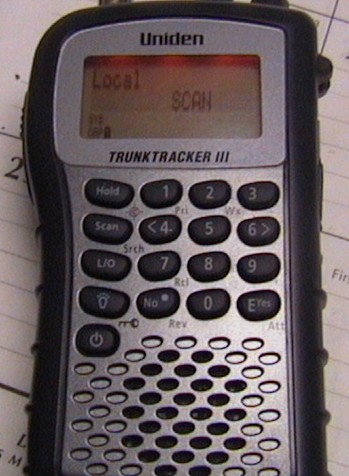 First thing you notice when you get your new BC246T is that even the box is impressive. You open the box and everything is packaged very well inside. The BC246T has it's own little packed compartment to prevent damage. The AC adapter, antenna, wrist strap, batteries, programming cable, and various literature that is provided is always a plus from Uniden. Everything you need to get started is included in the box. When you pull the scanner out of the box you immediately notice the small size of this unit. It is awsome. Unlike the bricks we were used to in the BC250D, BC296D, BC245XLT, and other Uniden hand held scanners, the BC246T is the perfect size to take everywhere. In fact, after using the BC246T for a few months now, I notice that I am scanning more than I used to with the BC250D. It fits in your shirt pocket or for me, I wear BDU's to work and it fits in my side pocket easily and doesn't get in the way. You hardly know it is there because of it's light weight.

All of the buttons and controls are well placed. The ridges on the sides of the unit allows for a good slip free grip. All in all, the outside of the unit is well built and looks very professional.

The features on this scanner seem endless when you begin using it. Some seem a little overwhelming at first but these are quickly mastered with at little practice. It is confusing at first adjusting to the fact that there aren't any banks in this scanner. It is set up in Systems, Groups, and Channels. After you begin programming and mapping out your systems, you can easily see that this is far superior to banks. You never waste any memory and can have multiple Trunking systems without worrying about running out of banks. You are only limited by the memory, not banks.

The menu driven design makes navigating the features quick and simple. Using the VFO knob is a little repetative if you are programming by hand. I used the ARC246 software from Butel to program the 1600 channels available to me.

Only having 10 quick keys to quickly access systems is binding at times but can easily be worked around by adding multiple systems to one quick key. Allowing you to have up to 20 groups of channels per system allows for plenty of configuations. You can program up to 200 TGID's per trunked system, but the number of conventionl frequencies in a system is only limited by memory.

This is a great analog scanner. The scan speed on this scanner is lightening fast. It speeds through conventional systems with ease when there isn't any radio traffic. I do have one gripe about scanning with this scanner. If you have an alpha tag programmed into the channel, when it stops on the channel it displays the alpha tag. You have to go through several steps to see the actual frequency. While going through those steps, you lose the audio to the channel. To get around this you have to program the frequency or TGID as part of the alpha tag, which wastes precious text space. It isn't enough to make me not love the scanner, but it is annoying at times.

I love the options you get on a per channel basis. You can set the hold time from 0 to 5 seconds on a channel. Various step sizes, different modulation options, alert, CTCSS/DCS set or instant decode search, and attenuator. I really like the fact that you can have multiple priority channels. I have about 6 priority channels programmed that the scanner will check for traffic every 2 seconds. You can program as many priority channels as you wish but the more you program in, the less "priority" you actually have.

Being able to see how much memory is left is also a plus with this scanner. With just a few button pushes, you can see how much memory is left in %. For instance it will show a bar with 95%, meaning you have used 95% of the memory availabe. Also, you can view the firmware version with just a few key strokes. The updateable firmware via a download from Uniden, allows the scanner to be updated for necessary bug fixes or upcoming changes like the 800 MHz rebanding.

Close Call operation is one of the best features. It checks for nearby transmissions of radio frequencies every 2 seconds. It works just as it is supposed to. Many people think they should be picking up radio transmissions from miles away, but that isn't the purpose of Close Call. It works very well if you pull up on a fire scene or come across an accident and don't have the freqs for the agencies. When they key up their radios, you'll pick up their transmissions automatically with Close Call, if you are close enough. I have picked up repeaters up to 1/2 of a mile, but on a mobile radio or hand held, the output power is significantly less and you must be closer for close call to work.

The 10 customs searches is a great feature that allows you to search for a specific set of frequencies in a given range. For instance you can set up a custom search to search for radio activity from 150.0000 MHz to 151.0000 MHz. You can also set the scanner to Auto Store any activity it finds on these frequencies and it will store the found frequencies into it's own system. Close Call also has an auto store feature that stores any found close call hits automatically. Audio is muted on both custom search and Close Call when in Auto Store mode. 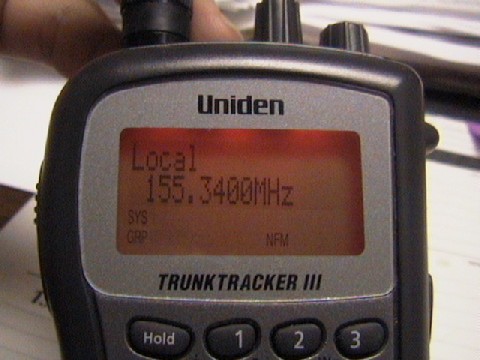 Weather Priority Alert is another great feature that I really like. Instead of your scanner having to be dedicated to monitoring the SAME codes of the National Weather Service, you can set weather alert priority. It checks for the 1050 MHz tone sent before the SAME tones are sent, allowing you to scan your programmed frequencies and monitor for severe weather alerts at the same time.

Audio quality is actually really good. Looking at the size of the scanner you wouldn't think it would be very loud but it has plenty of volume in most situations. Although, if the volume is turned all the way up, the speaker does cause a little distortion. To prevent the distortion you must turn the volume down just a little. I have not connect the scanner to an external audio speaker so I cannot comment on the performance of that feature.

The LCD display gives you 16 character alpha tags which are easily readable in direct sunlight or in the dark with the backlight on. The display size was not comprimised by the smaller scanner, you can easily read the alpha tags at short distances. The backlight is plenty bright enough to use in the dark. At first, I didn't like the fact that the BC246T didn't have a backlit keypad but it is easily overcome once you learn the location and function of the buttons. You can set the backlight to stay on infinitely, 10 seconds, 30 seconds, when squelch is broken, or for keypress.

There are a few thingsI don't like about the scanner. The key pad is one because the numbers and symbols are easily removed. I have had the scanner just about 4 months and the word, "Hold", the number "3", and the "E/Yes" keys are all showing signs of wear. The word "Hold" is almost completely unvisible on the key. I performed 95% of my programming by computer software so the keys are in no way over worked. When the keys started showing wear, I was very disappointed. I have gotten over it since and still love the scanner! I have heard this was a problem with early runs of the scanner and has been corrected in the newer versions. 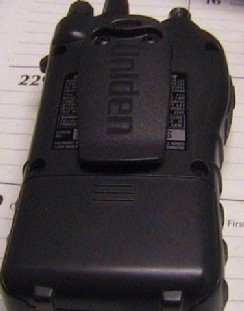 Using either the Uniden or Butel programming software will make your life a lot easier. I strongly suggest spending a little more to get the software, it is worth every penny. Also with the software you can edit the opening screen message. For instance mine says, "$$$ if found" and gives my telephone #. It is just a fun option you can play with. The software is great for making changes or adding frequencies. You can download a demo of both programs and decide which you like better. They both have limitations on the demo versions.

All in all, this is an awsome scanner. I would recommend it to anyone looking for an analog scanner. It has a small learning curve but it isn't anything that is impossible. Uniden has done a great job with this scanner. The memory management, close call, and all of the other features really put this scanner ahead of the compitition. For a few more features you can step up tot he Uniden BR330T for about $50 more new. You can read the 330T review in the BR330T Wiki.