As special deputies with the Knox County Sheriff's Office (KCSO), the division is the primary force protection unit for Knox County Schools charged with the security and safety of staff and students within the district. Also known as the Knox County School Security Division, members are often referred to as SRO's or School Resource Officers.In addition to the School Security Division, Knoxville Police (KPD) and Knox County Sheriff Office (KCSO) has Officers in Schools to float around to the schools in which they are assigned. All Schools have a School Security Division Officers assigned to them with two assigned(One being Sergeant usually for that district) to almost all High Schools minus a few exceptions. Knox County Schools Security Division (KCSD) employs over 100 officers for Education Protection. Two officers are assigned to patrol with vehicles equipped with emergency response equipment (BLUE &RED LIGHTS). They have Three Primary talkgroups on the Knox 800 System EDUCATION A, B, and C also referred to as 911A, 911B, 911C. Along with one simplex channel referred to as "Talkaround" and a backup trunking system. School Division is now on TACN with KX-ED DISPATCH and KX-ED Emergency Traffic being encrypted due to a mistake during programming made by another agency at the last minute forcing them to be encrypted on those channels. Ops1-5 are mainly for special events such as football and are unencrypted. KX-ED Emergency Traffic will be used for School Emergency Radios, when they are purchased again.

The nine districts remain consistent with the nine School Board of Education districts. Two Schools have also been added as of the 2018-2019 School Years, both Gibbs Middle and Hardin Valley Middle are on the same campus as the other schools in their community. Career Magnet Academy at Pellissippi State Strawberry Plains Campus is also not on the map. 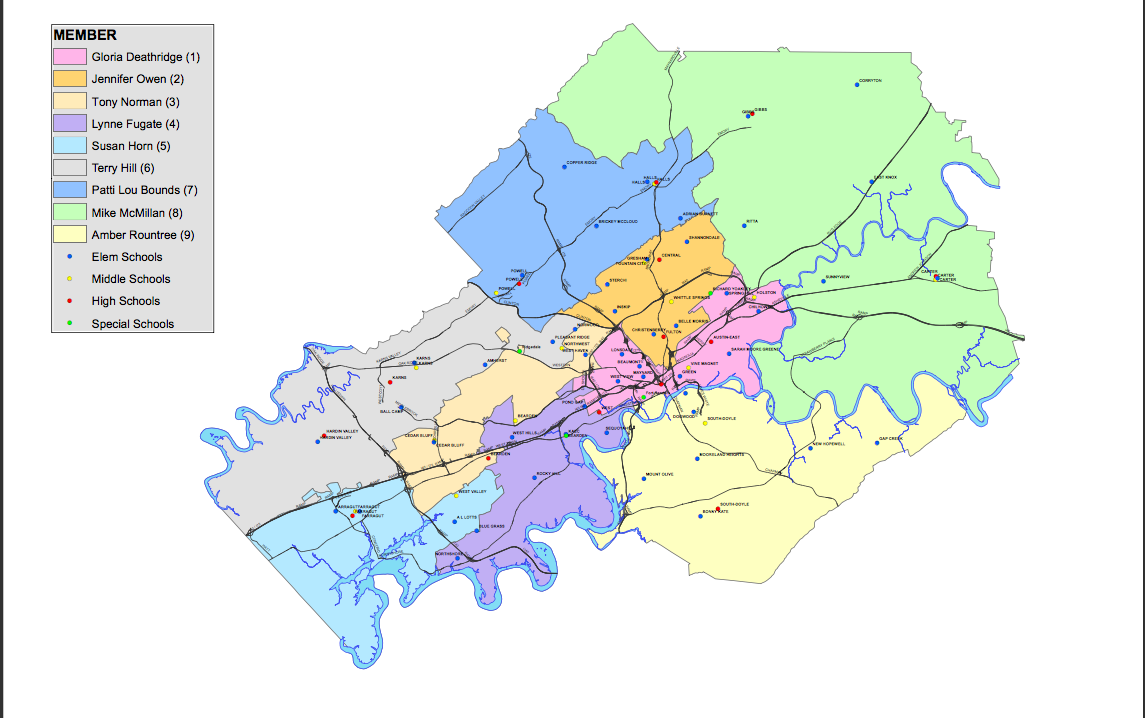 The Karns Fire Department serves an area of 65 square miles in Northwest Knox County. Karns, an ISO Class 4 department (for the entire area), has four fire stations strategically located in the Karns, Ball Camp, Hardin Valley and Solway communities. The Headquarters facility, where the department’s business affairs are managed, is located off Oak Ridge Highway in the Karns community. The department provides fire protection, Advance Life Support (ALS), hazardous materials response, vehicle extrication, an assortment of technical rescue services, and public education for over 40,000 residents. Also, serves 9 Public Schools in their response area. They are known as a combination department. Two station are operated 24 Hours with at least two payed department members on board the apparatus.