The format is xxyy First two digits are department

The Next two digits are specific individuals, usally the lower the number the more important the person.
101 is the Director of City Parks. 1310 is the Garden of the God Visitor Center 1311 - 1319 are park patrol units 1321 is Starsmore Discovery Center 1322 is Helen Hunt Visitor Center 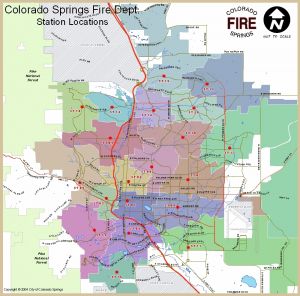 The last two numbers are the sector, moving clockwise around the city. exceptions to this are the Citywide units and the following; 1X95 through 1X99 are Fire investigators 1Z62 through 1Z65 are Park Patrol Units and 1Z6 Parks Sargent (Example: 2A79 is a Gold hills single officer car on the west side)