Licking County is a county in central Ohio. It is a part of the Columbus Metropolitan Area.

The Monroe Twp./Alexandria Tac Channels are also used in the rest of the county, although they may use different PL tones. 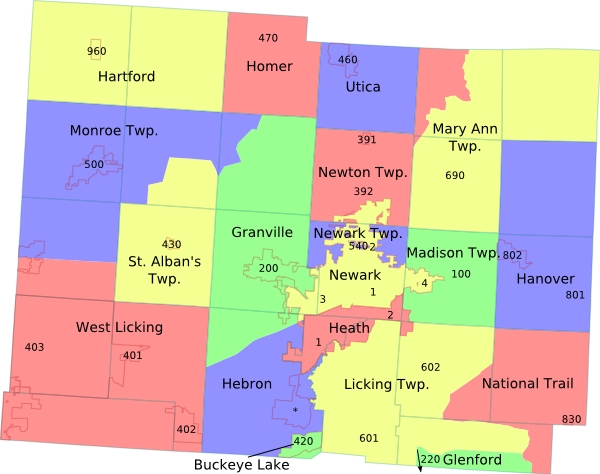 These conventions are becoming less widely used. They are currently used by Madison Twp., Heath, National Trails, Hebron (except for medics), Hartford, Utica, and Mary Ann Twp. Heath's and Hebron's apparatus are simply referred to by their name and unit number without a station number. (Example: "Heath Rescue 6")

Fire/EMS departments in Licking County have moved almost entirely to plain language, although some remnants of BSSA codes remain. Also, the Newark Fire Department occasionally still use "10-22," their former code for the police department.

All departments in Licking County use Buckeye State Sheriffs Association codes and signals to some degree. In addition, some use "Priority 1" for emergency response (lights and sirens) and "Priority 2" for regular response.