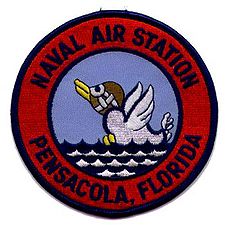 Description
A Blue Angels flight demonstration exhibits choreographed refinements of skills possessed by all naval aviators. The Blue Angels’ C-130, affectionately known as Fat Albert, begins each demonstration by exhibiting its maximum performance capabilities during a ten-minute performance. Shortly thereafter, you will see the graceful aerobatic maneuvers of the four-jet Diamond Formation, in concert with the fast-paced, high-performance maneuvers of its two Solo pilots. Finally, the team illustrates the pinnacle of precision flying, performing maneuvers locked as a unit in the renowned, six-jet Delta Formation.

Training Squadron 4 is a training squadron of the United States Navy. Initially established as Basic Training Group NINE (BTG-9) in the 1950s, the squadron was re-designated as Training Squadron FOUR (VT-4) on May 1, 1960 and based at NAS Pensacola, Florida.

In December 2010, VT-4 temporarily went into cadre status and all VT-4 instructors and students became a part of VT-10, answering to the VT-10 Commanding Officer. VT-4 has since become independent again, formerly flying the T-39 Sabreliner and is now in the process of introducing the Multicrew Simulator (MCS) to TRAWING SIX. VT-4 will eventually become the winging squadron for all NFOs destined for the E-2 Hawkeye, E-6 Mercury, EP-3 Aries, P-3 Orion and P-8 Poseidon, relieving the respective Fleet Replacement Squadrons (FRS) for those type/model/series (T/M/S) aircraft of that responsibility.

Since its commissioning, VT-4 has amassed over 600,000 flight hours. The squadron has logged 42,000 carrier landings.

Training Squadron TEN (VT-10) is a training squadron of the United States Navy based at NAS Pensacola, Florida. VT-10 has a 60 member Navy and Marine Corps instructor staff that currently trains over 300 NFOs annually. In 1997, command of VT-10 began alternating between Navy and Air Force Officers.

Upon graduation from the Primary or Intermediate phases of flight training, students proceed to follow-on training according to branch of service and ultimate operational aircraft.

Currently the squadron trains over 150 students annually, and to date, has provided the United States military and Allied forces with over 7,300 NFOs, WSOs, and Navigators flying various tactical aircraft worldwide.

The 455th Flying Training Squadron was activated as the 455th Bombardment Squadron (Medium) on Aug. 4, 1942, at Columbia Army Air Base, S.C. It deployed to the European theater of operations in World War II and flew B-26 bombers during the war. It was inactivated on Dec. 12, 1945. The unit was reactivated in the reserve on June 27, 1949, at Tinker AFB, OK, as the 455th Bombardment Squadron (Light) flying the T-6, T-11 and B-26. It was inactivated in March 1951. It was redesignated the 455th Fighter-Bomber Squadron and activated on Aug. 8, 1955, at Eielson AFB, Alaska, and then moved to Bunker Hill AFB, Idaho, in November, flying the F-86 and F-100. The unit went inactive again Sept. 1, 1957, but was later stood up as the 455th Flying Training Squadron on April 1, 1973, at Mather AFB, CA, conducting Undergraduate Navigator Training until deactivation in the early 1990s. Among its honors are seven World War II campaign streamers, a Distinguished Unit Citation, and four Air Force Outstanding Unit awards.

Primary land mobile communications uses site 2-12 and 2-13 of this system.