In September 2003 Worcester County was awarded a $5.6 million dollar federal grant to develop an interoperable communications project. After a year and a half MESIN was unveiled at the Maryland State Emergency Operations Center in Reisterstown. MESIN allows public safety agencies in all nine Maryland Eastern Shore Counties, and Ocean City, to communicate with each other and the State Emergency Operations Center through network patches and conventional interoperability channels. MEMA and all the county 911 centers on the Shore have the ability to activate and de-activate a series of repeaters in each county to produce the interoperable link.

Repeaters currently exist throughout the Eastern Shore of Maryland for national interoperability channels in the VHF, UHF and 800MHz range. VCALL10, UCALL40 and 8CALL90 are voted and monitored 24/7 by the Maryland Emergency Management Agency as well as most Eastern Shore 9-1-1 centers. MEMA coordinates use of all interoperability channels within the state to eliminate interference.

The system operates on a Harris Network First platform consisting of geo-diverse Harris VIDA Cores, Mastr III Base Stations, Interoperability Gateways, Interop Assist applications and communications consoles. The frequencies that the tactical names shown below correspond to can be found in the Common Public Safety article. 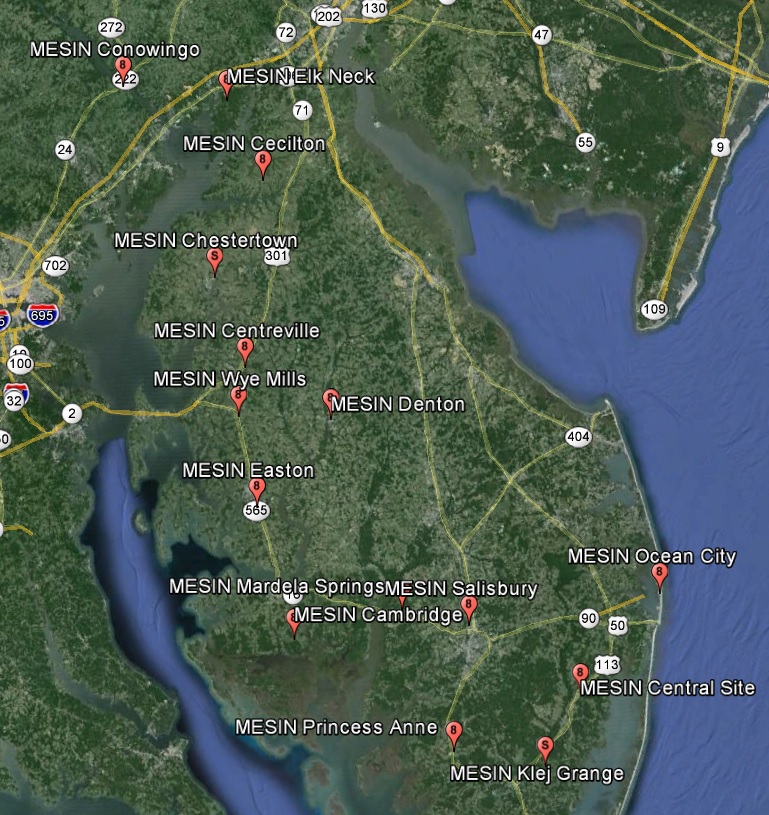 The Eastern Shore Communications Alliance has produced a video to assist first responders with understanding interoperability and the network.