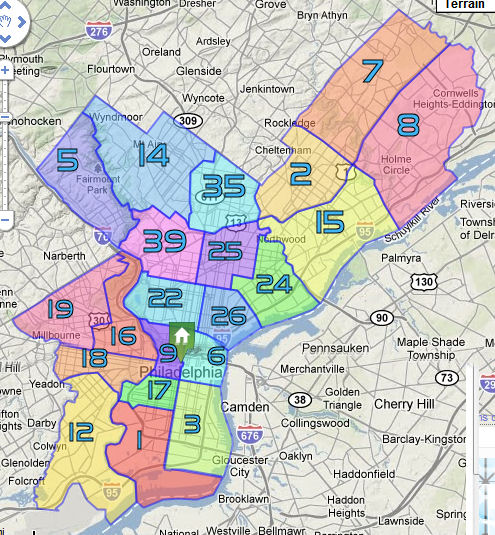 This is a map of the current Philadelphia Police districts.

A few districts have been absorbed by others.