Each districts may have several zones. Special zones not mapped below:

Each company is responsible for a First Due Area (PDF) in which calls located are served by that station's units. Due to the geography and layout of limited-access highways in the county, the closest station (straight-line) is often not the first due station. Take, for example, an incident occurring at I-97 South at MD 32 East (coordinates: 39.065439609737,-76.640934796134, marked by red diamond in the image). 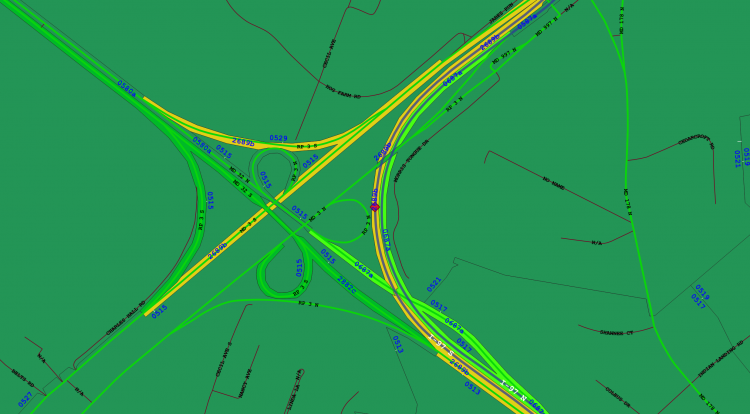 The location is physically closer to Stations 5 (Waugh Chapel), 6 (Herald Harbor), and 28 (Odenton). However, the travel time from each of those three station exceeds that from Station 26 (South Glen Burnie). This box area is designated 2689b.

Fireboxes follow an organized naming scheme in which the first two (with leading zero) numbers correspond to the station which is first due and then a number that generally but not proportionally relates to the temporal distance from the station itself (e.g., Station 23 Jones Station is located in the 2301 box).

Note: even though the Key Bridge passes through the corner of Anne Arundel County, Baltimore City and County handle incidents on the bridge. 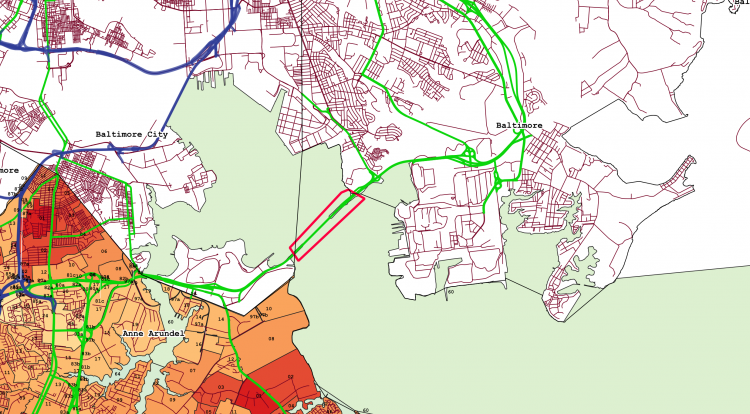