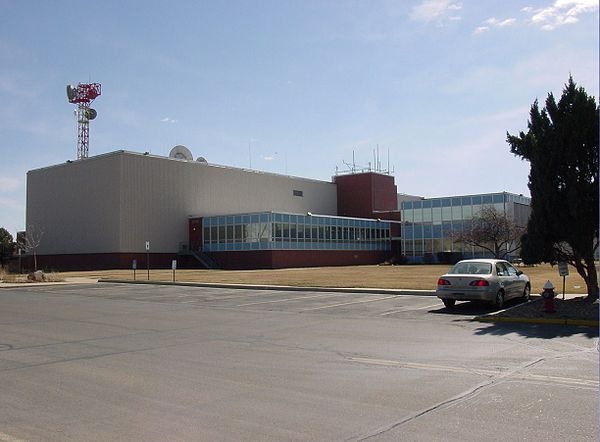 The original Denver ARTCC was commissioned on March 1, 1942 and was located at the Denver Municipal Airport. A small staff of 12 controllers made up the work force at that time.

The current facility was completed in 1962 and in 1998 moved into a newly completed DSR control room. ZDV covers 285,000 square miles of airspace over portions of 9 states including:

Area 1 covers all airspace AOB FL260 in the mountainous areas west and southwest of Denver. The area serves arrival and departure traffic in an out of the major ski country airports. It also includes sectors that provide final sequencing into DIA from the northwest and southwest arrival gates as well as the west departure gate from DIA.

Area 2 is a combination of both low and high airspace and encompasses the east departure gate from DIA. The low altitude airspace is mainly the lower terrain airspace in the plains east of the Rocky Mountains. This area is greatly impacted by lines of thunderstorms in the summer that often stretch for several hundred miles from north to the south.

Area 3 is a combination of both low and high airspace. It encompasses both the south departure and southeast arrival gate for DIA. This area also controls the airspace in and out of the Colorado Springs/Pueblo TRACON's. Additionally, Area 3 controls a large amount of the Special Use Airspace for the training of military fighter pilots. During the summer months, weather often begins along the Front Range, builds and moves to the east and southeast.

Area 4 is all high altitude airspace AOA FL270. This area provides the initial sequence for DIA arrival from the southwest. This area also provides the final sequencing and responsibilities for TMI's and restrictions for Las Vegas, Los Angeles, and Phoenix.

Area 5 is a combination of both low and high airspace. This area controls the airspace surrounding the TRACON at Ellsworth AFB and is involved in a large amount of military traffic. This area encompasses the northeast arrival gate for DIA. This area is also greatly involved in TMI's and restriction for aircraft proceeding to the airports in the northeast part of the country.

Area 6 is a combination of low and high airspace. The area overlies many of the busiest ski country airports. This area provides initial sequencing for arrivals from the northwest and the north departure gate for DIA. This area also controls the airspace around the TRACON's at Casper and Cheyenne.