Welcome to the Meridian/Key Field (MEI) , Mississippi collaboration article. This is where you, the user, may index any articles you develop for scanning related topics for your area.

Key Field is home to the Mississippi Air National Guard (ANG) 186th Air Refueling Wing (ARW). The 186th ARW operates a fleet of KC-135R Stratotankers which is a mid-air refueler that can carry as much as 30,000 gallons of fuel to all parts of the World. Air rescue and fire fighting capabilites are also provided by the Air National Guard.

In June of 2013, KC-135 tankers began to be returned to the 186th ARW and the refueling mission of the wing is now fully restored.

At 12:32 p.m. on June 4, 1935, brothers Al and Fred Key lifted off the grass strip of Meridian's airport in an effort to break the world record for sustained flight. Working with other Meridianites such as A.D. Hunter and James Keeton, the Key brothers devised a workable method of air-to-air refueling in order to attempt this feat.

The record they established in their 27 days aloft, totaling 653 hours and 34 minutes, remains unbroken in conventional flight. Not until orbiting space labs did man stay aloft longer. When they landed at 6:06 p.m. on July 1, 1935, before a crowd of between 30,000 and 40,000 fans gathered at the airfield, the Meridian airport was renamed "Key Field" in their honor, the name it retains today. 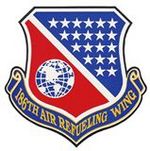 The 186th ARW provides worldwide air refueling support to major commands of the United States Air Force, as well as other U.S. military forces and the military forces of allied nations flying the KC-135 Stratotanker.

With over 1,200 officers and Airmen, the 186th is made up of mostly traditional guardsmen who live and work throughout Mississippi and surrounding states, but about one third of the members are full-time Air technicians or Active Guard/Reserve. Tenant units on Key Field include the 238th Air Support Operations Squadron, the 248th Air Traffic Control Support, and the 286th Air Operations Group as well as two Army National Guard units located next to the base.

The 186th Air Refueling Wing also supports a C-26B aircraft, modified to conduct intelligence, surveillance and reconnaissance missions in the U.S. and overseas. Stateside, the C-26 supports local, state and federal law enforcement agencies in counterdrug efforts while overseas missions support imagery collection taskings for combatant commanders. The C-26 program has worked directly with law enforcement agencies since 1996 providing National Guard unique support to battle illegal narcotics and illicit drugs. The C-26 is manned full-time and the program is managed through the Mississippi National Guard Counterdrug Coordinator's office in conjunction with other counterdrug programs that assist our communities and nation through our Governor's Counterdrug State Plan.

The 186 ARW consists of the following units

The squadron utilizes eight KC-135R Stratotankers to accomplish it's mission of providing air refueling support to major commands of the United States Air Force, as well as other U.S. military forces and the military forces of allied nations.

The 238th ASOS is a tenant unit of the 186th ARW. The 238th began in 1954 as a communication service flight and has undergone numerous changes, but the most recent designation of Air Support has added new excitement at Key Field. The 238th ASOS mission is to provide the interface between the Army units it supports and the Air Force units that provide combat air support. The squadron advises the ground commander on the capabilities and limitations of combat aircraft weapons and assists in planning for combat air support. Since becoming fully operational in 2003, the 238th has participated in Operations Enduring and Iraqi Freedom as well as numerous joint services exercises.

The Wing's 248th Air Traffic Control Squadron was commissioned on October 1, 1997. The squadron consists of approximately 90 members who are responsible for all air traffic control operations at Key Field including military, commercial, and civilian flights. Assets include a Mobile Tower , Mobile Radar and Mobile TACAN. The tower, radar and TACAN can be deployed and operational

The 286th Air Operations Group is now a tenant unit of Key Field. The mission of the 286th AOG is to act in support of 1st Air Force command air and space operations and to work closely with local governments during times of natural disasters. The unit will boast about 310 members of the Mississippi Air National Guard during peak periods.

The 286 ASUS mission is to support homeland defense and domestic disaster-response missions of the Continental US NORAD Region and 1st Air Force (Air Forces Northern) at Tyndall Air Force Base , FL. The squadron serves as the focal point for planning, directing and assessing operations across the spectrum of Air, Space, Maritime and Cyber Operations.

Company B, 1st Battalion, 111th Aviation Regiment operates a fleet of CH-47 Chinook helicopters. The Chinook is a multi-purpose transport/cargo helicopter capable of carrying 55 troops and gear or can also sling-load up to 25,000 pounds. 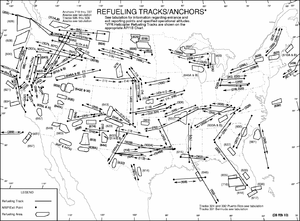