Welcome to the Jackson-Evers International Airport (JAN) aviation article, the airport located in Rankin County, Mississippi.
This is where you, the user, may index any articles, frequencies-lists, etc. that you develop for scanning related topics for this airport.

It serves commercial, private, and military aviation. It is named after Medgar Evers, the former Mississippi Field Secretary for the NAACP, and is administered by the Jackson Municipal Airport Authority (JMAA), which also oversees aviation activity at Hawkins Field (HKS) in northwest Jackson.

Land mobile communications for facility security, safety and services use this system. 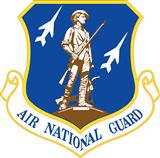 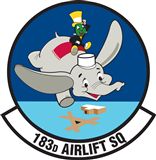 The 172nd Airlift Wing (172 AW) of the Mississippi Air National Guard has maintained an Air National Guard base on the airport since 1963, having relocated that year from nearby Hawkins Field. The 172 AW previously operated the C-119 Flying Boxcar, C-124 Globemaster, C-130 Hercules, C-141 Starlifter and currently flies the C-17 Globemaster III.

Refresh this page from the latest database entry